We're open 24/7 and ready to help you during COVID-19 with Sanitization Solutions.

Denton County » Blog » Uncategorized » Is a 30 Minutes Response Fast Enough for Disaster Prevention Companies or Is It Too Slow?

Is a 30 Minutes Response Fast Enough for Disaster Prevention Companies or Is It Too Slow?

Published by Allegra on September 23, 2021 in category: Uncategorized 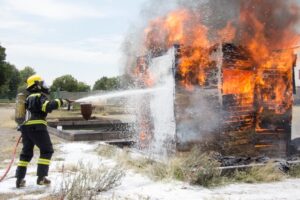 For those involved in a disaster, every moment can feel like a lifetime. Their lives depend on it and their helplessness can raise their expectations from those responsible for disaster prevention. However, the response time from disaster prevention companies can be anywhere between 30 minutes to up to 48 hours.

However, the extent or the location of the disaster are not the only factors determining the response time for disaster prevention companies. It can also depend on the following other factors:

The following four factors determine the time it takes for disaster prevention companies to respond to a disaster and assess the effectiveness of their response.

There’s more to a disaster than its location and extent. However, after the location and extent, the nature of the disaster defines its response time. Disasters can vary in their nature. There are three common types of disasters, namely natural, man-made, and accidental.

This factor does not apply to commercial and public properties. However, all public and commercial properties in the US are required by the government to install an emergency plan and carry out emergency drills regularly to keep people informed and updated. These spaces are also designed while keeping emergencies in mind. This step is ensured to enable people to help themselves and others experiencing the disasters with them.

The reason behind prioritizing help to certain people over others is the uncertainty at residential spaces. Commercial and public spaces mostly contain a large number of considerably healthy people. These people can help each other if needed. However, people stuck in residential properties can be of any age with any medical condition that could keep them helping themselves.

The threat of a disaster can often define how long it will take to rescue the affected individuals. While response time for any disaster should not depend on this particular factor, the number of sources sending out emergency response teams can increase in cases where human life is threatened.

Affected properties where people are trapped require a quick response time than those where people are safe. If a natural disaster is not affecting human life, it generally receives help on a smaller scale, even if it is affecting animal life or ecological systems.

Mitigation efforts can also vary depending on the region and the location of the property. Some areas see water damage as flood and rain, while some experience heat and fire damage.

While all disasters require a response as soon as possible, not every disaster can receive it. The standard time of up to 48 hours can also incur more damage to properties than a 30 minutes response time allows.

If you don’t want to wait for disaster prevention companies to save your property, you should look into mitigation efforts you can make at your home. If you’re living in or around Denton County, we suggest you look for mitigating or restorative services to adapt your home to deal with any kind of disaster. 911 Restoration of Denton County can be a helpful service in this regard. They also have a quick response time of 45 minutes during emergencies and disasters.